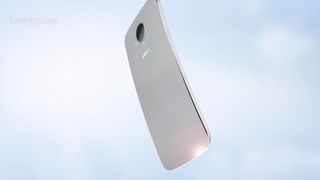 Samsung is king of variation

Talk of Samsung releasing two flavours of its Galaxy S5 flagship may have died down in recent weeks but that hasn't stopped two massively-varied spec lists showing up on benchmarking app AnTuTu.

Interestingly this higher powered SM-G900R4 variant's display is also set to rock a 2560 x 1440 QHD resolution appearing to dispel rumours that it would only pack a 1080p screen.

Things take a little turn for the worse when it comes to the SM-G900H variant with the majority of specifications taking a hit.

That quad-core Qualcomm CPU has been upgraded to an octa-core Exynos but has been clocked at 1.5GHz with only 2GB RAM to back it up.

A full HD 1920 x 1080 screen is also set to feature on this lower-powered handset - likely the one we saw mentioned a couple of days ago.

Elsewhere, specs match up a lot better with the same 2MP and 16MP cameras and Android 4.4.2 KitKat, although the higher-powered variant does also come with 32GB of storage compared to the 16GB in the G900H.

This means we could be set to see two rather different handsets roll up in a couple of weeks time at MWC 2014 but questions still remain as to why.

Samsung was always likely to launch models of its flagship in order to better suit different markets. Best guesses involve the Galaxy S5 varying because of one key factor; 4G LTE. After all, last year's Galaxy S4 drew a lot of criticism for the same reasons - so here's hoping that it's just the same as previously, where two CPU models were unleashed for different markets.