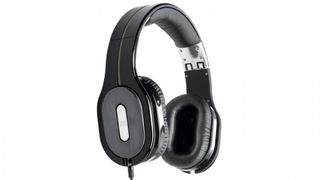 It's a minefield out there - what are you supposed to do when you pull your new phone out of the box and realise the headphones included just aren't up to scratch?

Actually, this scenario is less common than you might think, but when it comes to Apple products, you're going to want the best replacement iPhone earphones - because let's face it, the ones that come in the box are just laughably poor and leak sound to anyone within a kilometre.

But it's not as simple as choosing the best pair of headphones from a shelf in a shop - you've got to consider styles, shapes, sound quality, price and overall functionality before parting with your hard-earned cash these days.

So to that end, here's our fancy guide of the latest headphones on the market to show you what you need. Whether it's cutting the wires, running a marathon or just spending a few hours in quiet audio contemplation, there should hopefully be something here for you.

We've all been guilty of it at some point - buying a high-end portable music player and then not getting some decent headphones to make the most of it.

And with most phones now pumping out a decent audio experience, relying on the in-box buds is almost a crime given the pathetic levels of sound exuded by most - you need the best iPhone headphones or the best Android headphones.

So if you've chosen from our list of the best mobile phones and found the phone that's right for you, think about investing a little more and getting a quality pair of earbuds or over-ear options to make the most out of your music or videos.

We've trawled through loads of different options and styles of headphones designed to be used with smartphones, so whether it be music or movies that you use your handset for, check out our list of the best headphones for phones.

One of the worst things about having headphones for sports is the fact most of them still come with wires. It's great then that Jabra has managed to do away with cables (apart from the one that links the two earphone heads together) with the Jabra Sport. It does this by hooking up to your handset through the magic of Bluetooth.

Built for use when running, the Jabra Sport range has been given ear hooks, but these are rather chunky. This is understandable, given that they need to house the Bluetooth tech and also have an FM tuner built in, but it does mean that it will take you a while to hook them around your ears. It was lucky, then, that they were rather secure and didn't fall out mid-exercise – even when covered in sweat.

Surprisingly, the sound was decent, even though it has been squeezed through a Bluetooth signal.

We did find that linking the earphones up (digitally) to our handset took longer than expected, but this was a one-off thing. Once your phone remembers the headphones, it takes seconds for them to match.

A decent stab at sports earphones, with the added bonus of being wireless. Although the Jabra Sport hooks are a tad too chunky, they sit great on the ear and can easily get you through prolonged exercise.

These are the little brothers to the HF3's, and while not strictly sport headphones, we've decided to include them here for a couple of reasons.

1 - Etymotics has developed an application to monitor noise levels, meaning if a certain noise level (like a vehicle honking) is reached, the app will disable the music so you can deal with it... for instance, not getting run over.

2 - If you invest in some custom tips, then they'll stay in your ears without an issue even over a marathon - plus the seal is tight enough to block out sweat.

Sonically we could really hear the difference between these and the HF3's, as they buck the trend of a lot of the more expensive headphones to offer up a relatively bass-free experience. Not to the point of sounding tinny, but it does detract from the richness.

With a lower build quality than their higher-end brother's, the MC3's are a nice enough pair of headphones with a decent microphone that can be heard even when running.

However, for the price you might want to think about investing the extra cash for the HF3's as the sonic difference is marked and the overall performance worth the extra cash.

While these Bose earphones don't offer custom tips, they do come in small, medium and large sizes. It also uses Bose StayHere silicone tips, which are designed to be light and to help keep them in place - they also manage to look like a pair of wings.

These earphones are aimed directly at sports users, with rugged cables and hydrophobic cloth that manage to keep sweat out, but let sound in, making them handier for running outside than in a gym. Without it being noise-cancelling, the earphones manage decent Bose sound with full base.

The inline mic and remote works with iDevices and are also covered in hydrophobic cloth. As it uses cables, weight can become an issue when running, especially with a remote helping it drag the earpiece out of place, but at only 18g with remote attached, these don't weigh down too much.

Bose teamed up with Reebok to produce armbands for your iPod or iPhone, but as these earphones came out pre-iPhone 5, the newer designs won't sit well, making them almost pointless.

Even if you can't use the armband, the Sie2i offers good Bose-quality sound without being dangerous for outside use. These are, however, on the pricier end of the scale, but it is worth checking out for it's winged tips.

If you want cordless, discreet, but powerful enough to deliver on sound at a reasonable price, then the BackBeat 903+ will tick all your boxes. These rugged headphones from Plantronics fit up behind your ears, offering both music playback function and the ability to answer phone calls.

The left ear houses the majority of the controls, including power, volume and track forward/back, along with the make/receive call button. The button on the right ear plays or pauses tracks. As the microphone for calls sits in the ear piece, you'd have to be extra clear and precise when making calls in a noisy environment - but it is usable.

Using A2DP Bluetooth technology, it pairs up quite easily with your iPhone, offering a battery indicator on the screen. Holding down the call button will trigger Voice Control on the phone from where you can dial numbers or control the music.

This is a reasonably cheaper, cordless alternative to the Jabra Sport. While the BackBeat 903+ works well for music playback while out running, don't expect it to work seamlessly as a handsfree headset.

They are also noise-cancelling, so you'll need to be vigilant if you are running or riding down busier parts.

Adidas and Sennheiser have teamed up to create headphones that can be rinsed out if things get particularly icky. Unlike the BacBeat, these aren't noise-cancelling, so you'll still be aware of what's happening around you.

These sweat and water resistant headphones also fit around the ear, but are corded, which means you may need to be a little more careful, as a pull could pop them out, even though they do sit around the ear.

Despite the cabling, the neckband pretty much ensures that you won't be shaking them out of your ears easily, and a remote means having to fiddle with them even less. Most importantly, however, the PMX 685i provides some great sound, backed by Sennheiser technology.

For the price and quality of sound, this is a definite winner. The fact that you can throw these under the tap is just an added bonus. The only thing to look our for is the build itself, as you can adjust the headband to much.