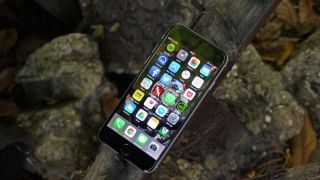 Hopefully the iPhone 6s will have a lot of life

One challenge faced by all smartphone and tablet makers is how to keep their high-spec creations running for any length of time between charges, and it's a problem that Apple has particularly struggled with, especially on its phones.

However the next generation of iOS devices could see improvements, as the company is going on a hiring spree for new battery experts.

The job listings, spotted by AppleInsider, are for the likes of an 'iOS Battery Life Software Engineer', an 'iOS Power Analytics Manager' and an 'iOS Software Power Systems Engineer', alongside other roles which don't specifically mention iOS, such as a 'Battery Firmware Development Manager'.

That last one and others like it could feasibly be for improvements to MacBook batteries, but that still leaves at least three positions specifically focused on iOS and the job summaries all talk about improving battery life.

Of course hiring people to come up with battery life solutions isn't quite the same as already having a solution, but it's a step in the right direction and one which could be much-needed. While the iPhone 6 and iPhone 6 Plus improved on the life of the iPhone 5S, a large part of that was likely down to their increased size that allowed for larger batteries.

We're not expecting the iPhone 6S/7 to get any bigger, but it's bound to get more powerful and that could give battery life a hit. With it not likely launching until September, hopefully these hires have come in time to prevent that.