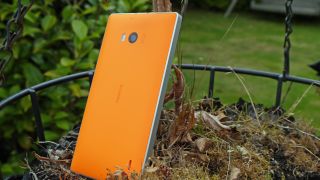 Just a week ago we reported that Nokia might launch up to four Android devices by the end of the year, and two of them look to have now been benchmarked.

Of course, benchmarks can be faked, but two unknown Nokia devices have been spotted by Nokia Power User on Geekbench, and one of them looks to be a flagship.

That phone is listed as the Nokia 5320, which is odd, since a handset with that name already exists, but that launched back in 2008 and has very different specs.

The Nokia 5320 listed here has a 2.27GHz quad-core Qualcomm processor, which may be the Snapdragon 821, as the Snapdragon 820 (which is the current standard flagship chip) tops out at 2.2GHz.

That suggests this new Nokia could be a seriously high-end phone, but oddly it's only listed as having 2GB of RAM, which is a mid-range amount at most, and it's running Android 4.4.4, which is a very old version of Android. That makes for a strange combination, so these might not be the final launch specs.

The other Nokia phone to be benchmarked is listed as the Nokia RM-1490 and sounds far lower-end, with a 500MHz AMD processor, 2GB of RAM and Android 4.2.2.

The dated Android versions suggest that these are both early prototypes, if they're real at all, so the specs may well change before launch. We hope they do, because with more RAM the Nokia 5320 could be a real flagship killer - and despite being out of the game for so long there's still a lot of interest in phones that Nokia could bring.