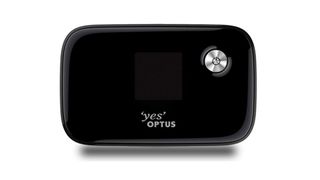 It's not quite a Tarantino film...

After introducing fixed caps for excess data consumption for smartphone plans, Optus has made moves to bring the same security to its mobile broadband customers.

But more convenient is the automatic flat rate additional charge of $10 for 1GB of data when the monthly allowance has been used.

So instead of racking up monster excess usage charges, customers will only have to pay an extra $10 for a full gig of data. The next month, everything is back to normal.

Optus mobile customers also luck out, with the telco offering a 25 per cent discount on the mobile broadband price when the two plans are bundled together.

The new plans are available for both 3G and 4G devices, although there are some limitations on what types of devices are compatible with the different levelled plans.

The 1GB and 4GB plans are only available for 4G tablet devices, while the 7GB and 10GB plans will also work with tablets, USB and Wi-Fi modems.