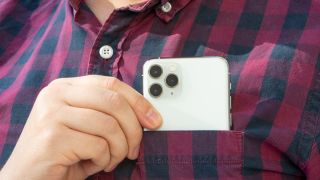 Apple and Samsung may be able to include more powerful batteries in their next flagship phone ranges thanks to a recent manufacturing innovation.

Apple could debut the new battery technology in its next series of iPhones, with Samsung introducing it in the Galaxy S11, as well as presumably the Galaxy S11 Plus and Galaxy S11e.

According to Korean website The Elec, industry sources claim both companies will be using smaller battery protection modules on upcoming phones. That would provide space for a larger-capacity battery without increasing the size of the phone.

Battery protection modules ensure that your phone doesn't overcharge, and Korean manufacturer ITM Semiconductor, which supplies modules to both Apple and Samsung, is said to have developed a process that enables it to make the modules smaller; this reduces the space required by almost 50%, which would allow for a significant increase in battery capacity if either company sees fit.

Currently, we're expecting four iPhone 12 devices, and there may also be a more affordable handset launched alongside these, without the iPhone 12 moniker.

Previously we've heard similar battery tech rumors about the Galaxy S11 from the same source that claimed the company will be supplied with these smaller battery modules.

There's no guarantee that either Apple or Samsung will use this extra space for bigger batteries though. It may be that this extra space is available in the device, but one or both companies decides to make its phones slimmer instead, so take all of this with a pinch of salt for now.