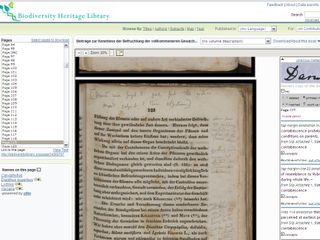 Charles Darwin's personal library is being digitised and put online by Cambridge University.

The digitisation includes all of Darwin's own annotations and notes in the margins, with 330 of the most heavily annotated books already posted online for universal access.

Aside from making the works available to everyone everywhere, what's really impressive about the online library is that you can actually search for a keyword within Darwin's annotations, rather than trawl through hundreds of thousands of pages for his relevant thoughts.

Quite the bibliophile, Darwin had over 1480 books in his personal library, of which 730 have comprehensive notes scribbled in the margins; all of these annotated books will eventually end up in the online database.

University librarian Anne Jarvis classes these annotations as important as Darwin's letters and manuscripts: "The Darwin collections are among the most important and popular held within Cambridge University Library.

"While there has been much focus on his manuscripts and correspondence, his library hasn't always received the attention it deserves – for it is as he engaged with the ideas and theories of others that his own thinking evolved."

It's been quite a good week for antiquated books and written works; yesterday the British Library also announced a deal with Google which will see a number of 18 and 19th century works made scanned and added to the Google Books library.