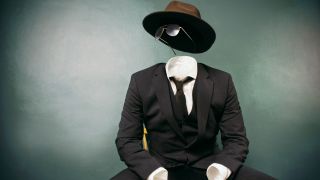 Keeping things private, is that too much to ask?

Who are you? If you answered "none of your business", then you're part of a shrinking number of people uncomfortable with how much we're asked to share about ourselves online.

Anonymity on the web is in decline, thanks to a multi-pronged attack from some of the largest internet companies around. Some of the largest social networks, blogs and news sites now prohibit the use of anything but your real, full name, and as a result, we're in danger of losing the very thing that made the internet revolutionary in the first place.

Anonymity wasn't part of the web from the start. It arose in the late 80s on newsgroups that discussed sensitive subjects - one of the earliest to permit anonymous posting was alt.sex.bondage. However, the practice didn't become widespread until later than you might think. In the mid 90s, spam was becoming a problem on newsgroups which demanded that users include a valid email address in the header. In response, many newsgroup servers began to permit the use of invalid emails for posting, allowing users to write under pseudonyms.

"Anonymity on the web is in decline, thanks to a multi-pronged attack from some of the largest internet companies around."

This development coincided with a vast surge in web users - the so-called 'dotcom era'. Vast numbers of these newcomers arrived in a utopia where they discovered that they could be exactly who they wanted to be, protected by a cloak of pseudonymity that stopped anyone finding out who they were 'IRL'. The web became a safe space to be yourself.

This yielded tremendous freedom for vast swathes of society. The Geek Feminism Wiki has a list of those harmed by the removal of pseudonymity, and so does the Electronic Frontier Foundation. It covers everyone from artists and activists to women and whistleblowers. The internet gave many of these people a voice denied to them in the real world, and was celebrated for it.

For almost a decade, this was rarely challenged. The biggest sites on the web championed pseudonymity, demanding that you choose a username before you could join up. A generation grew up with an online nickname, a "handle" as some people called it, which was as much of a part of them as their real name. Often, younger web users hopped between different usernames as they grew up and wanted to shed the baggage associated with their previous incarnations, like a butterfly emerging from a cocoon.

In the mid 00s things started to change, and the username concept became threatened. The first stirrings came with the arrival of Facebook - the company prized real identities, saying "this helps keep our community safe". As the company's sign-in system, Facebook Connect, spread across the web, so did its real name policy.

At the same time, the problem of trolling became bigger. Anonymity started to become associated with notorious messageboards like 4chan's /b/, which prized vulgarity and being as offensive as possible to as many people as possible at once. YouTube's anonymous comments section gained a reputation as the very lowest ebb of human interaction. Meanwhile, Twitter began gathering journalists, politicians and celebrities who were for the first time directly exposed to anonymous criticism.

Making matters worse, the generation that grew up on the internet suddenly decided to rebrand itself as 'Anonymous' and commence virtual terrorism on organisations that it disagreed with.

At first this was relatively harmless - Scientologists, the Westboro Baptist Church and copyright maximalists felt their wrath. But then it expanded into hacking into government institutions and multinational companies. Ironically, it even prized the exposure of others' personal information, a process known as 'doxxing'.

By the late 00s, a perfect storm had emerged where troublemakers were using anonymity to avoid the consequences of their actions, celebrities and politicians were attacked and used their substantial platforms to complain about it, and governments were suddenly threatened by a group calling itself "Anonymous". As a result of this desire for greater accountability, Facebook's real names policy spread quickly to other companies, including the very spine of the internet - Google.