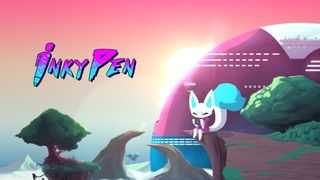 Nintendo Switch added another string to its bow today, with the launch of a new digital comic book app exclusive to the gaming console.

InkyPen is a subscription service offering access to 'thousands' of digital comics, with plans to open up to manga in the near future.

The Norwegian startup is billed as an "all-you-can read comic subscription service for Nintendo Switch", and joins a very selective roster of non-gaming apps on the console – alongside YouTube and Hulu, but still missing the likes of Netflix and Amazon Prime Video.

The Nintendo Switch's 6.2-inch screen wasn't necessarily made with comic-reading in mind, though the InkyPen app allows you to zoom in on successive panels to offset this – and you always have the option of displaying comics on your TV via the Switch dock.

Given the lack of big-name apps like Netflix, or even Comixology – Amazon's own subscription service for digital comic – it's curious that Nintendo would launch a new service on the Switch console, though the Norwegian startup offers most of its content globally.

InkyPen is now available globally on the Nintendo eShop, as of today. You can download the software for free, but will need a $7.99 / €7.99 monthly subscription (around £6.99) to access the service.

By contrast Amazon's larger Comixology service retails at $5.99 – though is still only available in the US.