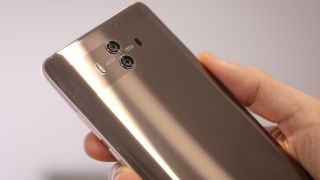 It’s a safe bet that the Huawei Mate 20 Pro will cost a lot of money, but exactly how much has so far been a matter of speculation. However, we now have an idea of the possible price, and it’s very high.

Phone Arena has seemingly got hold of pricing for both the standard Huawei Mate 20 and the Huawei Mate 20 Pro, but it’s the prices that are offered to retailers by hardware distributors, which is to say that consumers will probably pay roughly $50/£50 - $100/£100 more.

That, in dollars at least, would put the price in line with the iPhone XS Max (although you’d only get 64GB for that money with Apple’s phone).

All screen with a scanner on the back

This isn’t the only Huawei Mate 20 news though, as we’ve also seen new renders of the standard phone. These are apparently official marketing images and were sourced by reliable leaker Roland Quandt for WinFuture.

They don’t show much new, but they provide a good look at the teardrop notch and triple-lens rear camera. They also show a fingerprint scanner on the back, meaning that it would only be the Pro model that gets an in-screen one.

The source also adds that the standard Mate 20 will likely cost around 750 euros, with the Mate 20 Pro costing at least 100 euros more, which would put them roughly in line with the prices above.