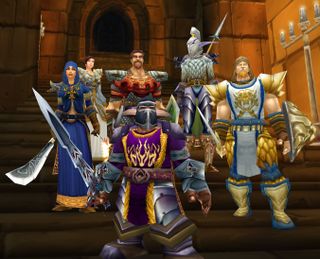 Don't listen to the scientists, these ARE your real friends

This just in: spending 14 hours a day playing Counterstrike or World of Warcraft means your offline relationships could suffer.

Researchers at Brigham Young University in Utah talked to 813 university students across the US and found that as the amount of time the students spent playing video games went up, the quality of their relationships with friends and family suffered.

"Relationship quality is one of a cluster of things that we found to be associated with videogames," said researcher Laura Walker. "The most striking part is that everything we found clustered around videogame use is negative."

Statistical analyses revealed that the more people play videogames, the more frequent their involvement in 'risky' behaviours such as drinking and drug abuse. Daily gamers reported smoking marijuana almost twice as often as occasional players and three times as often as those who never play.

The study found that nearly three quarters of male students in the study played video games regularly, compared to just 17 per cent of their female counterparts. For young women, self-worth was low if their time spent playing videogames was high.

But there is one ray of sunshine - the study found that the connection between gaming and anti-social behaviour was only 'modest' and the researchers themselves hoped that future studies would exonerate family-oriented consoles and multiplayer games.