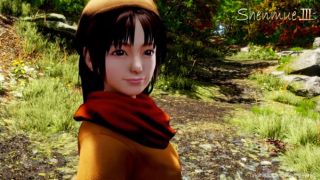 Across digital and physical for both PS4 and PC (and it's several special editions), 66,282 copes of the game were paid for through the Kickstarter campaign that began its run from the stage at Sony's E3 2015 keynote presentation.

Shenmue 3 is less than three hours away from becoming video game's biggest financial success on Kickstarter. In just 30 days, the game has managed to raise a little over $5.6 million or roughly £3.3 million.

Shenmue 3, a sequel to the open-world Sega Dreamcast epic Shenmue 2 which came out 14 years ago, made its debut at Sony's E3 2015 press briefing to a roaring audience and one man in the audience literally crying tears of joy, and became the fastest growing video game Kickstarter by raising $1 million in its first two hours.

Before the latest entry in the Shenmue series broke the record, the title was held by the spiritual successor to Konami's Castlevania series, Bloodstain, which raised $5.4 million.

Shenmue director Yu Suzuki released a short video thanking backers of the project and urging for one final push to help reach the some of the higher stretch goals - the highest of which at $11 million is an expansion to Bailu Village, one of Shenmue 3's in-game locations.

Suzuki has already expressed interest in making a Shenmue 4 in an Ask Me Anything on Reddit. Talk about not resting on your laurels.

Shenmue 3 is expected to release on the PS4 and PC by December 2017.