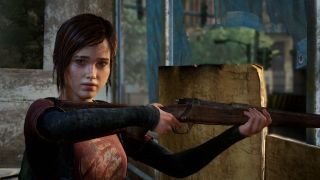 Sony adds to its next-gen arsenal

If you haven't already picked up a next-gen console (can we start calling it now-gen yet?), June might be the month to change that.

The Last of Us Remastered has just been listed for pre-order over on the Sony Entertainment Network site for $59.99 in the US, although currently the link goes to a dead page. That price translates directly to around AU$65.

There's currently no confirmed release date however Spanish retailer Xtralife recently claimed that the game will be arriving on June 19. We're chasing this up with Sony right now.

Fire up the engines

At the same time, there's been some more talk of GTA 5 also hitting the PS4 and Xbox One. This one's got a little more grounding though as it comes from the manager of German retailer Saturn.de, as spotted by BGR.

In a tweet, TECH-NICK said that the game is expected on both consoles and PC in June, though he did add in a later message that this is only a rumour. Still, it's interesting to hear it from a slightly more credible source.