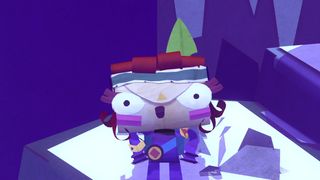 Is it just us or was this year's show actually better than E3? There were more surprises, better trailers, some interesting updates on the consoles, and a lot more people braving the show floor.

Ok, that last one might be your personal idea of hell, but we're hearing no complaints about all the other stuff. There was plenty to get the proverbial teeth stuck into, so we've cherry picked the best moments of the show.

When Sony teased "P.T." at Gamescom, a) no one knew what it was, and b) no one really cared. But then word came from people who had played the PS4 teaser: this was a demo by Hideo Kojima and Guillermo del Toro, and it's for a new Silent Hill game.

But the bigger surprise was the quality and terrifying nature of the teaser itself. We've not experienced horror like this in a long time, perhaps not since Amnesia. Even stranger, we're still not 100% certain of how the demo works; some parts seem scripted, but then, are they?

"If you don't want to continue playing through the game, so be it. We don't care," said Kojima in a Gamescom livestream. "We are aiming for a game that will make you s**t your pants."

Watch the clip below if you want to taste Kojima's and del Toro's corridor of nightmares. Just don't say we didn't warn you.

Described by SCE Worldwide Studios boss Shuhei Yoshida as a "mini PlayStation Now", PS4 Share is Sony's newly-announced feature for sharing games with friends remotely. It'll allow you to stream directly to someone who doesn't own the game, allowing them to join in on some multiplayer co-op.

Each session will be restricted to 60 minutes but there's no limit on the number of times you use the feature. All it will require is for both parties to have a PlayStation Plus account.

Rise of the Tomb Raider is an Xbox One exclusive

It's a pity the Vita hasn't sold better because Tearaway is a wonderful game that deserves a much bigger audience. But it's soon to get it, as Media Molecule announced it's bringing its charming title to the PlayStation 4 under the guise of Tearaway Unfolded.

But this is no simple port, friends; the team has totally remade the game for the PS4 and, more importantly, for the DualShock 4 controller. There's also a pile of new content. Our bodies have never been more ready for anything.

Kojima travelled all the way to Germany to talk about a box. No, really.

Day Z for PS4, Goat Simulator for Xbox One, Papers Please for PS Vita (now you can be a merciless bastard on the go!). Lovely, lovely stuff.

Microsoft's been a lot of talk and little walk with its indie gaming initiative, but at Gamescom it proved that it's pulled its socks up.

Between Superhot, Ori and the Blind Forest, Space Engineers, and The Escapist (a new game from Team 17), the horizon is looking pretty sweet.

And of course, Bloodborne

We all knew that Bloodborne would get a Gamescom showing, and sure enough the next title by Dark Souls developer From Software had one of the headline slots at Sony's presser.

It may have the spirit of a Souls game, but Bloodborne adds a bit of distance with a more fast-paced, fluid and offensive style of play. Shame we have to wait until next year to get our hands on the final game.