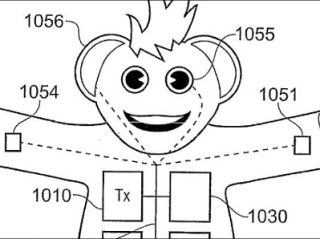 Forget about motion-control, PlayStation-compatible dolls would seem to be the new future of videogaming, if the latest patent news from Sony is anything to go by.

This week, the US Patent Office has revealed that Sony is looking to develop a PlayStation-compatible interactive doll.

Sony's new PlayStation peripheral takes the idea that Microsoft had way back in 1997 with its soon-to-be-forgetten ActiMate tech toy and runs with it, with Sony mentioning Microsoft's earlier project a number of times in its new patent application.

Sony's new patent reads as follows: "The success of such interactive toys depends on there being a good range of titles for the toy to interact with both at launch and into the future.

"It is also dependent on whether parents will buy a comparatively expensive toy whilst believing it will require further purchases of videos to maintain their child's interest. The present invention aims to mitigate or alleviate the above problem."

Expect further news from Sony on its new PlayStation doll at some point soon, which looks like it will feature wireless internet, USB and Ethernet ports to let the thing connect up to "other peripheral devices in addition to game controllers", such as Sony's PlayStation Portable and the EyeToy.

"The interactive toy may be readily arranged to communicate with a PS3 via either a WiFi or Bluetooth wireless link," adds Sony's patent.

"Where a toy is not licensed to interact fully with a media disk, the PS3 can issue generic interaction instructions that follow the spirit of the interactive content on the disk, allowing the toy for example to give generic positive and negative comments as appropriate," the patent adds (slightly more frighteningly).

"This avoids frustration by the user, who as a child is likely to be unaware of and unconcerned by licensing issues. Thus alternatively or in addition, rather than sending a specific instruction to perform a specific action, the PS3 could send a more abstract instruction such as 'act surprised' that is interpreted by the toy according to the resources it has available – for example, the ability to throw up its arms, or to select an appropriate phrase from a built in vocabulary.

"More generally, such a layer of abstraction can simplify and reduce the amount of supplementary data needed, as it allows each type of toy to react in character without the need for different supplementary data tracks. A number of such basic responses could be codified and pre-programmed within suitably enabled toys.

Much like the millions of PlayStation fanboys when they read the above news story, Sony also wants its new PlayStation doll to be able to cry be using "a refillable liquid reservoir and a liquid release means (for example to generate tears)."