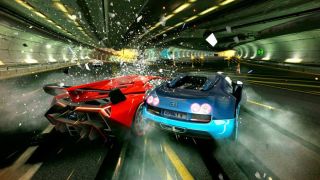 Gamers on iOS or Android are facing a wait to get their hands on the most anticipated titles as both companies ramp up their efforts to secure periods of exclusivity, reports say.

The Wall Street Journal claims both firms are offering high profile developers incentives such as prominent positions on the app stores and in marketing materials in order to get first dibs.

The Journal says the incentives-only ploy has already enabled Apple to win months of exclusive access to Plants vs Zombies 2 and Cut The Rope.

Now both Apple and Google are said to be intensifying their attempts as they realise the significance of the gaming sector within the app race.

The end game for consumers though is likely to be frustrating delays when it comes to the hottest titles, rather than the democratic all-in approach.

Android fans are no means strangers when it comes to waiting for apps to make the jump from iOS, but Google's massive market share has meant this disparity has become less evident in the last few years.

Of course, developers will have the choice to stick to their guns with simultaneous launches on both platforms, but when the carrot of an 'Editors Choice' or 'Featured' placement is dangled it may prove hard to stay impartial.