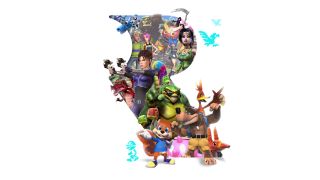 Amazon has just announced the top ten most pre-ordered goodies announced at this year's E3 show, with the Rare Replay bundle ruling the roost at the top.

The nostalgic gaming collection is packaging up 30 of the studio's most successful games for the Xbox One, as announced at Microsoft's show-stopping conference.

The bundle, including the awesome N64 shooter, Perfect Dark, has obviously grabbed the attention of the gaming public at large and has garnered more pre-orders even than Gears of War: Ultimate Edition, Doom or Dishonored 2.

It might make rather surprising reading that the first PlayStation-specific title is ranked only at number 5, but given the rather sparse outlook from its first-party developers you can understand why.

We still reckon Sony stole the show…if the Last Guardian was up for pre-order you can guarantee that would be at the top, and probably by a long ol' way.

It's not just games that made up the list though with Microsoft's Xbox One Elite Wireless Controller propping up the chart at number ten. Even with its $150 / £130 price tag the customisable new controller is making waves.