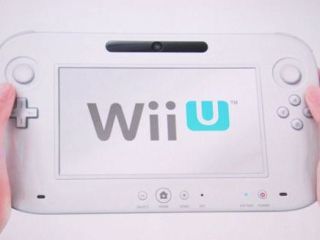 The first impression of the new 6.2-inch touchscreen controller for the Nintendo Wii U console - both announced at E3 2011 this week - is that it is huge, yet it seems to be attracting lots of major publishers and developers.

Many of the devs were at Nintendo's E3 press conference today to sing the praises of the new console.

Many of the devs were at Nintendo's E3 press conference today to sing the praises of the new console.

Nintendo's keynote speech contained all the usual new content on its own iconic franchises – Mario, Zelda, Starfox and others are always crowd-pleasers – yet perhaps the key difference in this year's event was the fact that EA, Ubisoft, Sega and lots of other third party games developers were showing off new adult-themed, hardcore games that they are making for Nintendo's Wii U.

Graphically, many of the games look on par with new AAA-titles on PS3 or Xbox 360, though do bear in mind that there is still a year to go (at least) before we see the Wii U on the shelves.

And while TT Games' Lego City Stories was the first major third-party created game that Nintendo announced for Wii U at E3 2011, it was the sheer number of games created for adult hardcore gamers that followed that really impressed.

Nintendo Wii U: Ninty makes a serious play for the hardcore gaming market

EA Sports boss Peter Moore was first up to sing the praises of Wii U, speaking via a video recording to tell the E3 crowd: "My mind immediately started racing about what we can do about this in the world of sports."

Numerous other producers and publishers are also shown praising the possibilities of Wii U, with BioShock producer Ken Levine gushing about the fact that it represents: "a full console experience... in bed on this smaller screen. That's a really revolutionary thing for me as a gamer."

Disney's Warren Spector adds that he feels Wii U means games creators will soon be able to "make games we've never been able to make before."

Hardcore favourites such as Tekken, Assassin's Creed, Batman Arkham City, Ghost Recon Online are also demonstrated. Clearly, Nintendo aims to push Wii U to the hardcore crowd as well as to the casual market it has so successfully won over with Wii.

Darksiders and Metro Last Light – both from THQ – were two new titles that looked particularly violent. Much to the delight of many of the older gamers in the E3 crowd.

Demos of Ninja Gaiden 3: Razor's Edge, Codemasters' new Dirt and Sega's Aliens: Colonial Marines only serve to reinforce this notion that Nintendo wants to win back the hearts of all of those hardcore gamers that lost patience with the first iteration of Wii.

EA boss John Riccitiello took to the Nintendo stage to tell the crowd that: "Over the years I've made E3 appearances with several console partners, but never before with Nintendo."

Wii U is a "stunning breakthrough"

The EA supremo says that Wii U is "stunning breakthrough" which "speaks directly to EA sports games" and boasts "brilliant HD graphics."

"Imagine a shooter like Battlefield with jaw-dropping graphics and smooth animations from the Frostbite engine, brought to you on a Nintendo system with that brilliant controller… We can't wait to see EA games on this new system."

Neither can we! But we are going to have to wait till later in 2012 before we finally do. You can also check out this hands on: Nintendo Wii U that T3 managed to bag.