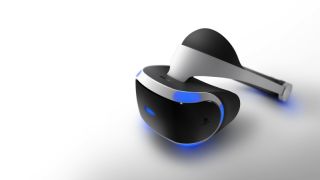 The whole Oculus ecosystem is really coming together. After all the excitement surrounding the development kits over the last couple of years we're now getting solid details about the consumer version.

First there was the minimum specs announcement for the PC needed to power your new VR world. Then there was the reveal last night about the final design of the Rift and lastly the Oculus Touch controllers.

Oh, and Phil Spencer also got up on stage last night because Microsoft doesn't have anything VR-y to talk about at E3 next week.

So what was he doing up there? Talking about how the Xbox One was going to be streaming games to the Oculus Rift.

Wow, that's big news, right? That's Microsoft's answer to Sony's Morpheus and with a much more advanced system too. But the Xbox One with Rift isn't actually going to be delivering a virtual reality gaming experience, more a virtual lounge experience.

Xbox One games are going to be played on a virtual screen in a virtual theatre that you can virtually enjoy.

The weirdest thing is that it's all being done through Windows 10 and its forthcoming ability to stream Xbox One games to your PC. In itself that's a potentially exciting development; streaming your console games to a basic Windows 10 desktop or laptop somewhere else in the house if someone is demanding use of your real-life lounge.

But streaming Xbox One games to the necessarily powerful gaming PC you've already had to buy to make sure you can properly experience the Rift just seems a redundant feature.

Any cross-platform game would surely be purchased and played natively on your powerful gaming PC, in full virtual reality, via your Rift. Quite why you'd want to instead stream the lower quality console version, using your beefy gaming PC as a basic streaming device is utterly beyond me.

Especially as it's not even going to be proper VR gaming anyway.

Do you want to watch GTA V on a far away virtual screen or have GTA V all around you? So long as I'm not actually getting shot I want to jump right into Los Santos.

The only reason I can see for any of this happening at all is because Morpheus is set to launch around the same time as the Rift and is surely going to be plastered all over E3. With no native VR response of its own Microsoft needs Oculus to appear on stage with them next week to make it seem like it's got the VR side of things sewn up too.

Maybe that's how Oculus gets to bundle free Xbox One controllers in with the consumer Rift...

The thing is Sony is actually going to have a proper VR experience with the PS4 and Morpheus while the Xbox One definitely isn't - even if it can get to the stage where the Rift plugs directly into its console, bypassing the connected PC, for that virtual lounge experience.

The VR gaming revolution then seems to be quickly passing Microsoft by and I don't think this weak Xbox One tie-in with Oculus is nearly enough.