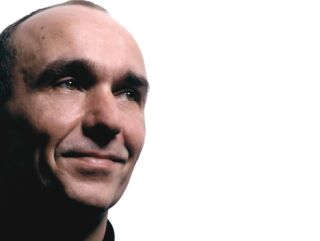 Peter Molyneux's Milo tech was used in new Kinect games such as the forthcoming pet-sim, Kinectimals

In a move to play down the fact that Peter Molyneux's much-hyped Milo and Kate is never going to be developed into a commercial game for Microsoft Kinect, the Xbox-factory has been quick to explain that the tech has inspired a number of other new Kinect titles due for release later this very year.

Phil Spencer, VP of Microsoft Game Studios, has said that the tech for Milo & Kate was made use of in new pet-sim Kinectimals.

"I think Lionhead has always been a great place, and the nice thing about Peter [Molyneux] as creative director in Europe is you start to see some of those ideas around Milo also showing up in other places, so Kinectimals is actually done at Frontier," Spencer told OXM.

"But Peter being so close has actually been able to take many of the learnings that Lionhead has done and help other teams, and when you see the interaction between the girl and the animal on stage you can see similarities to stuff we were working on with Milo, so we start with experiments and they may turn into games themselves.

"We may not have had anything to announce today with Milo but understand that those investments in creative research show up in many places."

Molyneux is set to talk about Kinect development and explain more about the tech behind Milo and Kate at next month's TED Global conference in Oxford.