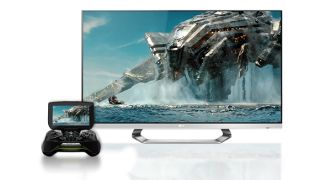 Last week, we were treated to a double-dose of good news from Nvidia regarding its Android-powered gaming handheld, Shield.

The good times didn't last forever though, as on Wednesday, Nvidia announced Shield's release will be delayed to an undetermined date.

Due to some last-minute complications discovered during testing, the earliest we'll now see the promising device is sometime in July.

"We're grateful for all the enthusiasm that's been expressed for Shield, our new portable gaming device. And we're eager to get it into your hands," said Nvidia's Jason Paul in the company's blog.

"But we won't do that until it's fully up to the exacting standards that Nvidia's known for. And some final quality-assurance testing has just turned up a mechanical issue that we're not happy with."

While Nvidia hasn't revealed just what the faulty component was, the fact that the company is taking a preventative measure to ensure the best possible device makes it out to the public just a day before Shield was supposed to launch shows how committed Nvidia is to the product and its customers.

"We want every Shield to be perfect, so we have elected to shift the launch date to July," a Nvidia representative told us in a statement.

There's no telling how long into July we'll have to wait, but any delay at the expense of a better product shouldn't, in theory, be an issue for consumers awaiting their Shield handhelds.