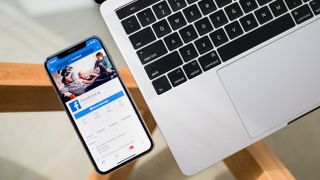 WhatsApp lets you do it – if you’ve sent a message by mistake, you’ve got a window of time within which you can delete it. Even Gmail gives users a few seconds to 'undo send'.

Facebook is finally following suit and adding the feature to its Messenger app. The announcement was discovered by Twitter user @MattNavarra as “coming soon” in the release notes of Messenger’s 191.0 version on iOS.

INTERESTING... Facebook Messenger‘s long-awaited delete messages feature will only give you a 10 minute window to remove a message in a chat pic.twitter.com/ew1z2WPXbcNovember 7, 2018

While Facebook-owned WhatsApp gives you an hour to delete sent messages, Messenger isn’t going to be so magnanimous. You’ll only have 10 minutes to redact that silly photo or drunken confession you just sent to the wrong person.

Facebook began floating the idea of allowing sent messages to be deleted in April after the company was caught red-handed retracting messages sent by CEO Mark Zuckerberg and other execs.

While the 10-minute window is rather unforgiving, the new feature will nonetheless be a welcome addition, although no specific time frame for the rollout has been announced.