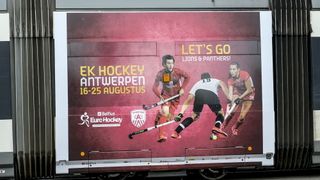 The 2019 EuroHockey Championship is here meaning the chance for teams to automatically qualify for the 2020 Tokyo Olympics. The pressure is on and the defending champions Netherlands will be in it to retain that title. You're in the right place to find out how to watch the hockey fun with TechRadar's 2019 EuroHockey Championship live stream guide - it doesn't even matter where in the world you are.

EuroHockey Championship 2019 - where and when

The 17th EuroHockey Championship is taking place in Antwerp, Belgium.

While Netherlands took the EuroHockey Championship title last year for the fifth time, it's Germany that could be a real threat having won the most as eight times champion. But with sixteen teams representing 10 countries across the men's and women's tournaments it's still anybody's title for the taking.

This year Netherlands, England, and Belgium women's teams are all looking strong and are expected to qualify for the semi-finals. While Belgium and Netherlands are in the same group, A; it's Germany, Ireland, Belarus and England in group B. Spain, also in group A, is looking strong but with a tough group it'll be interesting to see who comes out on top.

Want to see it yourself? You can, no matter where you are, using a EuroHockey Championship live stream and this guide. Read on to find out how.

How to live stream every EuroHockey Championship 2019 game

This year all 40 of the games will be available to watch via EuroHockey TV. This is available via an Event Pass which will cost you €9.99 (around £9.15) and will feature commentary from Nick Irvine. Not only do you get all games libe in HDbut highlights from the games to enjoy later.

It's worth noting that the service's coverage will be blocked in Belgium, where the hockey will be aired on Eleven Sports.

Live stream EuroHockey Championship 2019 in the UK for FREE:

Good old aunty Beeb will be broadcasting EuroHockey Championship 2019 for free (assuming you have a TV Licence, of course). That means you can watch games featuring England, Wales and Scotland via the BBC iPlayer so you can enjoy it online and on mobile via the iPlayer app.

The BBC will also broadcast the semi-finals, bronze medal and final matches online. If England reaches the final the BBC plans to show live coverage on one of its main TV channels.

Outside the UK this week? Fear not, as you can follow our instructions above to use a VPN and watch as if you were back in blighty. So that means no need to miss out on the home nations teams' efforts without being stopped by geo-blocking.

Downloading and installing a VPN - or Virtual Private Network- allows you to effectively change the location of your laptop, phone, tablet or TV streamer back to a server in your own country. Thus avoiding geo-blocks while abroad.

We've tested all of the major VPN services and we rate ExpressVPN as the absolute best thanks to its speed, security and downright simplicity to use. So for the best VPN, you can't really go wrong.

ExpressVPN also comes with 30-day money back guarantee, if you want to try before you commit for good. Or, go all out with a one-year contract and claim 49% off the normal price and an extra three months FREE.

And if you're umm-ing and ah-ing about getting a VPN simply to get the ideal EuroHockey live stream, you'll be pleased to know that they have loads of other uses, too. For starters, the encrypted tunnels they use give you an excellent extra layer of security for your online life. And loads of people use them for accessing foreign Netflix catalogues and overseas sporting events.