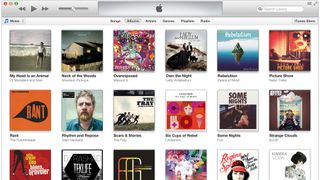 Apple would be wise to bring iTunes to the rival Android mobile platform, according to the company's co-founder Steve Wozniak.

In a Q&A session with Apple fans on the Slashdot website, Wozniak recalled Apple opening iTunes up to Windows PCs not too long after the iPod launched - kickstarting the era of iDevice dominance.

The beardy tech legend, who has never been afraid of voicing controversial opinions, asked why Apple can't do the same by bringing iTunes to the open source Android OS.

Wozniak's not too far off the mark: his postulations would allow the company he started back in the 1970s to start raking in cash from the 50-plus per cent of smartphone users currently rocking Android handsets as well as iPhone, iPad and iPod users.

"Apple's real rise from the small market-share Macintosh company to the iProducts of today began with iTunes and the iPod," the Woz said.

"This turned out to be a second huge business which roughly doubled Apple's 'size,'" he continued.

"If you remember, we ported iTunes to Windows. We now addressed 100 per cent of the world's market with this integrated system (iPod/iTunes) and it began the era of Apple that we are now in.

"So why don't we port iTunes to Android?" Wozniak posed. "I love Apple products and iTunes and wish it were on my Android products too."

Although highly improbable, if Apple decided to bring the iTunes software to Google's mobile OS, it would surely be welcomed by Android users that have traditionally bought and stored their digital files using iTunes.

Adding one's iTunes files to an Android phone and keeping it up to date is, and has always been, a royal pain in the you-know-what and Wozniak's idea would solve that.

Apple, of course, is very keen on keeping customers locked into its all-encompassing ecosystem, which is underpinned by the iTunes store for music, apps, games, movies, books and magazines.

So, regardless of the huge wads of cash it'd make from iTunes downloads on Android, it'd be loathe to miss out on lucrative sales of iPhones, iPads and iPods.