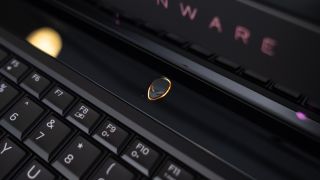 The co-founder of Alienware has left the the gaming PC company, and rumors suggest he’s taking charge of gaming at one of the biggest chip makers, AMD.

After nearly 22 years with Alienware, Frank Azor said his goodbyes in an AlienwareArena post, reminiscing on the memories of helping to create the tentpole gaming PC manufacturer. Later, on Twitter, Azor said he’d be “taking a new opportunity to grow the gaming industry”.

I’ll be taking a new opportunity to help continue to grow the gaming industry. @Alienware and @Dell will always be family, and I know they will continue to deliver the best experiences and products in the industry. (2/2) https://t.co/CQvi9NrS0gJune 24, 2019

But, where is Frank Azor going? Well, he might end up at AMD as Chief Gaming Officer, according to a rumor from Wccftech. Now, we don't know what that title means – or even if it's real – but because Frank Azor helped create one the brand behind some of the most iconic gaming PCs in the world, it doesn't seem unfeasible.

We're not sure what to believe, but it would be yet another step in AMD's continued focus on gaming – as its chips are being used in both Xbox Project Scarlett and the PS5, not to mention streaming services like Google Stadia.

Either way, if Frank Azor does indeed join AMD, we're interested to see what he does from within Team Red. Who knows, maybe he'll work on the next generation of AMD Navi?