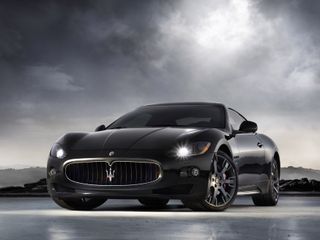 Then look away now, because once you've seen the Western Transportation Institute's new motion-based driving simulator you'll never want to go back to a mere rumble pad.

The Institute has spent $915,000 (£600,000) on one of the most sophisticated simulators in the world, using real vehicle bodies mounted on a motion platform and surrounded by a 240-degree arc of projector screens.

Even the vehicle mirrors work, thanks to built-in colour monitors, effectively giving drivers a 360-degree view of the simulated environment.

It takes a dozen computers to run the simulator, with several PCs just for displaying the scenery. Others run the virtual dashboard, vehicle physics, motion platform and the simulated traffic.

Then there's one computer for tracking the driver's eye movements and another for gathering the data used by researchers. Other computers and features can be added as needed.

The simulator can represent environments as small as a few blocks or as expansive as a hundred-mile-long highway, complete with a fleet of computer-driven vehicles.

These autonomous vehicles behave just like real drivers (yes, that bad) and can be programmed to create traffic situations, such as crashes or near-misses.

The simulator should help researchers learn how drivers react to traffic simulations, and save money on road designs by allowing engineers to 'test drive' improvements as they would appear in the real world.

And probably do a bit of 'overtime testing' with some mates and a six-pack....