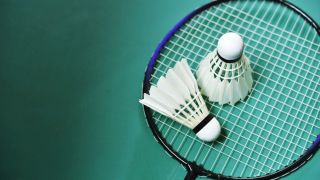 The 2019 Badminton World Championships are upon us as the world's best players descend on Switzerland to battle things out over the net to find who's the best of the best. You're in the right place to find out how to watch the badminton brilliance with TechRadar's badminton live stream guide - it doesn't even matter where in the world you are.

Badminton World Championships 2019 - where and when

The 25th Badminton World Championships is held at St Jakobshalle in Basel, Switzerland.

The Badminton World Championships 2019 is host to a massive 359 competitors coming from 45 countries across the globe, all with the hope of claiming the title of world champ.

Last year saw Japan's Kento Momota take the men's singles title while Spain's Carolina Marin took the title for the women's championship. Marin also took the title in 2015 so the Spanish player is definitely one to look out for this year.

Want to see the Wold Championships for yourself? You can, no matter where you are, using a badminton live stream and this guide. Read on to find out how.

How to live stream Badminton World Championships 2019 for FREE

This year, many of the games will be available to watch via the BadmintonWorld.TV YouTube channel as they're happening. There will also be catch-up and delayed streaming games shown on the channel – all for FREE.

That means you can catch games via the YouTube app on smartphones, tablets, computers, smart TVs, consoles and more.

The content is restricted in some countries however (including in the US), so if you happen to be travelling at the time and still want to keep up with a badminton live stream on YouTube then you'll need a VPN.

Downloading and installing a VPN - or Virtual Private Network- allows you to effectively change the location of your laptop, phone, tablet or TV streamer back to a server in your own country. Thus avoiding geo-blocks while abroad.

We've tested all of the major VPN services and we rate ExpressVPN as the absolute best thanks to its speed, security and downright simplicity to use. So for the best VPN, you can't really go wrong.

ExpressVPN also comes with 30-day money back guarantee, if you want to try before you commit for good. Or, go all out with a one-year contract and claim 49% off the normal price and an extra three months FREE.

And if you're umm-ing and ah-ing about getting a VPN simply to get the ideal live stream, you'll be pleased to know that they have loads of other uses, too. For starters, the encrypted tunnels they use give you an excellent extra layer of security for your online life. And loads of people use them for accessing foreign Netflix catalogues and overseas sporting events.

How to live stream badminton in the UK for FREE

The UK has access to the official BWF YouTube channel, BadmintonWorld.TV for a great way to stream the action for FREE.

If you have access to BT Sport 2 then you'll also be able to catch the games there. That means you can watch via a TV or using the BT Sport app on phones, tablets and more.

Outside the UK this week? Fear not, as you can follow our instructions to use a VPN and watch as if you were back in blighty. So that means there's no need to miss out on the action as you won't be stopped by geo-blocking.

Badminton live streaming is available in the US, but not on YouTube. Instead, you have to go to the Olympic Channel website to watch. Want to watch on your mobile? Then there's an Olympic Channel app for Andoird and iOS, too.

Here's the schedule, with local times for the tournament: