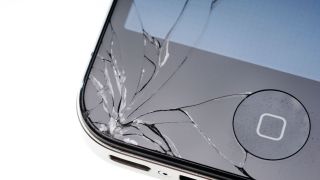 Apple does a fantastic job of supporting its older devices with software, but it doesn't have a perfect track record when it comes to repairing them.

Good news, it seems the Cupertino-based company is looking into launching a “Repair Vintage Apple Products” pilot program according to a 9to5Mac report . This new program will apparently support a small selection of older Apple devices about to fall into obsolescence including the iPhone 5 (both GSM and CDMA versions).

The initial list of devices Apple’s new program may also include are:

From there, Apple will purportedly add the even older devices to its  “Repair Vintage Apple Products” program in waves. According to 9to5Mac, the schedule of supported hardware will expand as follows:

The program supposedly covers all the devices listed above at Apple Stores and authorized service providers worldwide unless otherwise noted.

If this is all true, it would be a significant reversal on Apple’s increasingly restrictive repair practices. At the same time though it feels as if Apple might be trying to introduce a paid maintenance program ahead of the Right to Repair movement, which has been gaining traction with a piece of landmark litigation passing just the other week.