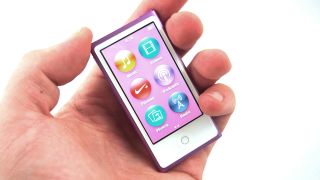 Fans of listening to tunes in tiny vessels are in for some bad news, as Apple is discontinuing the iPod Nano and iPod Shuffle and removing the devices from its brick-and-mortar and digital stores.

"Today, we are simplifying our iPod lineup with two models of iPod Touch, now with double the capacity, starting at just $199, and we are discontinuing the iPod Shuffle and iPod Nano," Apple said in a statement to Bloomberg.

These offer extra storage space over the previous 16GB and 64GB versions at the same price points.

A staple for joggers, party goers, schoolkids and everyone in between, the iPod Nano took over the classic iPod's role as a high-capacity song machine that fit in your pocket.

The bite-sized Nano's flash memory and clip-on attachment, meanwhile, made it a hit with the gym crowd.

However, as Apple focused more on its app-driven iOS infrastructure and pushing services like Apple Music, devices like the Nano and Shuffle — which were already long overdue for an update — became lower priorities for the tech giant.

Now the iPod Touch, essentially an iPhone without cellular capabilities, is the new standard for those just wanting to tote around their favorite tunes.

Should folks want to avoid the hustle and bustle of apps and Wi-Fi connectivity, they'll just have to look into a new MP3 player or take extra-good care of their legacy Shuffle or Nano — it's a collector's item now.