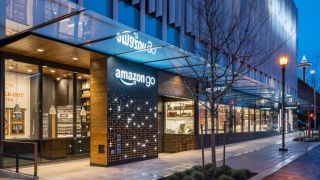 Amazon is testing larger version of its automated Amazon Go brick-and-mortar stores, according to sources speaking to the Wall Street Journal (paywalled), meaning you could potentially do your weekly grocery shopping without interacting with another human being.

Amazon launched its first automated convenience store, Amazon Go, in Seattle earlier this year. There are no checkouts or cashiers – instead, an app on your phone registers as you enter the store, and cameras on the shelves detect the items you take and add them to a virtual basket. When you've finished choosing your items, leave the store and you'll be charged for what you've taken.

Back then, Amazon said it had no intention of rolling out the technology to Whole Foods (the grocery chain it bought for a massive $13.7 million last year), but apparently it may have changed its mind and is testing "a larger space formatted like a big store".

Existing Amazon Go outlets are only the size of a small convenience store. Larger stores with more diverse products mean new challenges, including managing far more products, and dealing with larger spaces that are harder to monitor.

The sources claim that Amazon is planning to open as many as 3,000 physical stores by 2021, enabling it to better compete with big supermarket chains like Walmart (though Amazon has declined to comment so far).