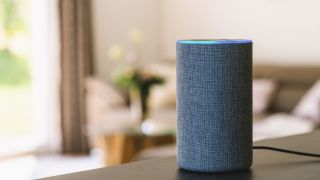 Alexa is getting some much-welcome flexibility to help users who aren't digging the smart assistants automatic talking speed, after an update that gives Alexa three different speeds when responding to voice commands.

Users can now ask Alexa to "speak faster" or "speak slower", while asking the voice assistant to "speak at default speed" will bring it back to the default setting.

It looks like the feature has only gone live in the US so far – as we couldn't get a UK-based Alexa smart speaker to recreate it. Knowing Amazon's usual update schedule, though, we expect to the feature to roll out to the UK and beyond in the coming months.

Opening up the smart home

While smart home gadgets these days can be wonderfully convenient, allowing you to switch devices on and off, change room lighting, and throw voice messages all over the house – they can also be a right hassle. Not all smart home devices are compatible, after all, and setup often doesn't work as seamlessly as it should – even for the tech-savvy.

But one of the most promising things about the likes of Google Home and the Amazon Echo ranges is their accessibility. Voice commands don't require any complicated button combinations, and have provided a simple interface for millions of users to access online information or access music hands-free.

Altering the talking speed is a small move, but gives those needing more time to process information – or those impatient to hear everything Alexa has to say – more control over how they interact with Amazon's smart assistant, and that's something to be welcomed.