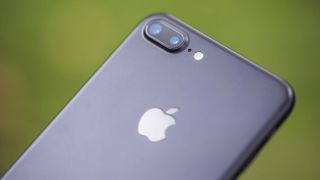 Most of the US may be taking a break to celebrate Thanksgiving but the Apple rumor mill doesn't slow down for any holiday season - and we've got a new nugget of information to share about the camera technology said to be coming to the iPhone 8 in 2017.

A report in The Korea Economic Daily says Apple is working with LG on a "3D photographing" module for its next handset, one which would perhaps enable a host of extra three-dimensional effects, object recognition, and even augmented reality.

There will be plenty of iPhone 8 rumors swirling around between now and next September but this one fits with previous insider gossip we've heard and makes sense considering Apple's acquisition of Israeli company LinX Computational Imaging last year - a company specialising in 3D depth mapping and other enhancements.

10 is the magic number

2017 will mark the 10th anniversary of Apple's iconic smartphone and chances are that the executives in Cupertino are going to want to pull something special out of the bag to mark the occasion.

If the reports are right, then the dual-lens "LG Innotek" camera could be it. Quite what you'll be able to do with it beyond the effects available in the iPhone 7 Plus remains to be seen - but there's still a long way to go before the next handset launches.

We've also heard hints about an AMOLED screen, a curved display, a resolution bump, and wireless charging arriving in the iPhone 8. Based on the latest reports don't be surprised if it comes rocking some cool 3D photo effects too.