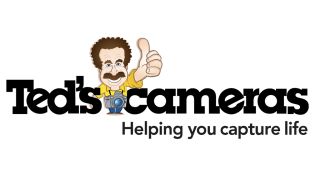 The end of each year is a great time for bargain hunters. Not only can you save a packet on all things tech during the Black Friday sales in November, but just a month later, the annual Boxing Day sales arrive in Australia.

With the joy of Christmas wrapped up for another year, almost every store across the country is offering Boxing Day discounts, many of which keep the savings flowing right up until the last day of December. And Ted’s Cameras is no exception.

The largest camera retailer in the country is dishing up a variety of specials to help you save a packet on photography gear. You can check out the retailer’s entire catalogue to find exactly what you’re looking for, however we’re making it easy for you to find the best deals on offer on the coolest snappers by listing a hand-picked selection right here.

When travelling, you want something small and compact, but what if you could get a lightweight camera that gives you both a wide-angle and a zoom lens in one? Enter the bridge camera. They look like DSLRs but you don’t need to carry multiple lenses to capture all the action of your holiday. And Panasonic has some of the best bridge cameras on the market. The FZ80 gives you 20-1200mm lens with 4K video capabilities, now for $100 less than its usual RRP, making it an affordable bargain.
View Deal

This is the fourth iteration of the original X100 series camera from Fujifilm and, six years on, the Japanese camera company has nailed it with this excellent compact camera. The X100F is an enthusiast compact camera that comes as close to perfection as is possible – it’s exquisite to look at and to shoot with. And while it’s a pricey option, you can save up to $300 on the snapper.

Ted’s Cameras has already discounted it for Boxing Day by $150, but you can double your savings by taking advantage of Fujifilm’s current cashback offer via redemption online.
View Deal

Fujifilm has taken a lot that is great about the X-T2 and distilled it into a more compact and affordable snapper that is the X-T20. It incorporates Fujifilm’s 24.3MP X-Trans CMOS III APS-C sensor, bringing the camera in line with most of its competitors – and boy does it deliver. You get crisp images with faithful colour rendition, tactile and intuitive controls, an excellent autofocus system and film simulation modes.

The snapper also comes with a $100 discount at Ted’s Cameras if you opt for the 18-55mm kit, but make use of Fujifilm’s cashback offer online and you can save an additional $300, bringing the price of the set to just $1,199.95.
View Deal

This is Canon’s first attempt at a full-frame mirrorless camera. While it doesn’t give you any size advantage over one of its DSLRs, it does give you a massive performance boost. With fast autofocus and excellent handling, the EOS R makes for a great snapper, albeit an expensive one. Canon has slapped a price tag of $3,349 on the body only, and you’ll need to get a lens adaptor if you want to continue using your old EF lenses. But Ted’s Cameras has the brand-new snapper listed at $100 less, plus will throw in a bonus lens adaptor valued at $200. That saves you a total of $300 on the purchase.
View Deal

If you’re keen on a new full-frame mirrorless camera that offers you all the bells and whistles, but without the premium price tag of the aforementioned Canon, consider the third iteration of Sony’s popular and excellent A7 snapper. The Alpha A7 III takes what’s best in the more expensive A9 and A7R III and combines them in a single camera that offers a fantastic mix of performance and image quality, at a price that’s affordable. While Sony sells this new snapper for over $3K, you can get it for under that at Ted’s Cameras, and you get a $200 gift card from the retailer as well. Something to spend on a camera bag or put towards a lens, perhaps?View Deal

And that’s not the only photography gear being discounted at Ted’s Cameras this December. You can also find some in-store only offers on tripods, as well savings of up to 50% off on other accessories, including 20% off SanDisk SD cards.

You can even save on DJI drones and GoPro action cameras or, if you prefer smartphone photography, snag a gimbal for less. Be sure to check out the retailer’s catalogue for more details.