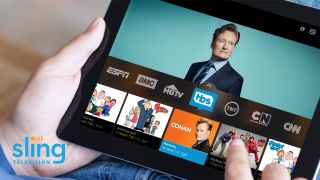 One of the cheapest live TV streaming services is becoming a bit more expensive this month after Dish announced a price hike coming to its Sling TV service.

The package that combines both services that was previously available for $40 will now be $45 per month under the new pricing structure, which will start appearing on customers’ bills in January.

To compensate for the increased price, Sling TV says that it will add Fox News and MSNBC as well as HLN from CNN to both packages, plus 10 hours of Cloud DVR Free service that will now be available to every subscriber.

So why is everyone raising prices?

The cost of making deals with multiple stakeholders like Fox/Disney, Viacom and NBCUniversal has gone up most likely up in the past year now that everyone is trying to create services of their own. (Of the three aforementioned major players, Disney just released a streaming service of its own called Disney Plus, Viacom owns Pluto TV and NBCUniversal will likely launch its cord-cutting service, Peacock, early next year.)