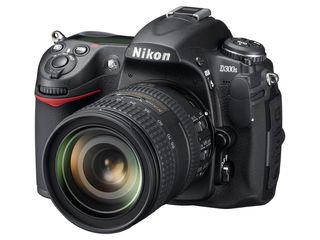 Two students from Texas have launched a Nikon D300S into space packed in a beer cooler and GPS tracked with an old mobile phone.

The camera, attached to a small spacecraft called Cygnus was launched at 9.02am on October 15th, touching back down to earth less than three hours later at 11.56am.

During that time, the camera took several photos, but was marred by condensation on the lens which ruined some of the photos.

The students, Erich Leeth and Terry Presley, say they will be launching another camera into space in around 2 weeks time, after having learned from the mistakes of the first attempt.

This is not the first time that someone has launched a camera into space using a home-made device, but usually cheap compact cameras are used. The Nikon D300s and accompanying Tokina 11-16mm f/2.8 wide angle lens has a value of around £1600.

The camera was launched in a styrofoam beer cooler bought from WalMart and lifted into space using a 22 foot weather balloon filled with Helium. A parachute was attached to the cooler to slow down the fall back to earth after the balloon eventually popped from lack of air pressure.

Although they don't currently have an accurate reading of how high the balloon got to, the pair estimate that the balloon reached close to 100,000 feet before falling back to earth.

Referring to the condensation ruining some of the photos, Eric Leeth, writing on Flickr, said "Most people we've seen do this online take 3-6 months of planning and preparation before they launch something. We did it in 13 days. I guess it's only fitting that we overlooked something. I'm just glad we found it and everything was still in one piece."

The camera's final landing position was trackable from the old mobile phone which was attached to the beer cooler.

To see all of the pictures from the Cygnus flight, visit Eric Leeth's Flickr page.