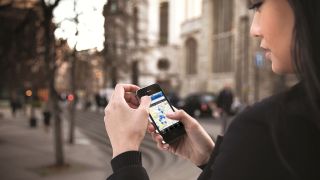 A roaming we will go

There's a double whammy of good news for Three customers as the data friendly network officially confirms its 4G service switch on, as well as revealing it's expanding its "feel at home" service to the USA.

We'd already got wind of the official announcement after some revealing tweets appears on Three's account and a source confirmed the launch to us. However it's worth noting the roll out is limited.

Three is staggering its 4G service push, as it focuses on getting the user experience spot on, before accelerating the coverage from January 2014.

There's no word on which locations are getting treated to 4G initially, but tweets from the carrier have already revealed it's available in three cities - one of which we understand to be London.

Even if you're in one of Three's 4G areas you still might not be able to access the superfast network as only a handful of handsets have been enabled so far - with the network promising all 4G devices will be enabled in these areas by the end of Q1 2014.

Three has also announced that it's added four more countries to its "feel at home" service, which allows customers to use their bundled minutes, text and data allowances aboard, effectively killing off roaming charges.

Three has also announced that it's added four more countries to its "feel at home" service, which allows customers to use their bundled minutes, text and data allowances aboard, effectively killing off roaming charges.

The USA, Indonesia, Sri Lanka and Macau have been added to the line up which also includes the Republic of Ireland, Australia, Italy, Austria, Hong Kong, Sweden and Denmark.

Couple that with unlimited data bundles and 4G at no extra cost and Three is showing itself to be a strong contender against the larger networks, EE, O2 and Vodafone - although its 4G service has a long way to go to catch up.