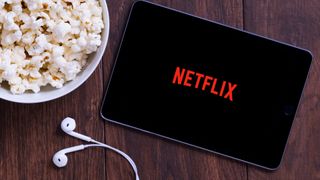 Netflix seems to be testing new long-term subscription plans for India for new users at discounted rates, in an attempt to gain more users.

Netflix is one of the most popular video content streaming platforms, but in India, it faces additional competition from the likes of Hotstar and JioTV along with Amazon Prime Video, Hulu and Disney+.

To be able to match their pricing, Netflix brought a unique, mobile-only subscription package to India, priced at Rs 199 per month. It was primarily to cater to the growing number of smartphone users backed with cheap data rates.

To further improve its foothold, Netflix might be offering new subscriptions at discounted rates in India, suggests a report by Reuters. These plans will be for 3, 6, and 12-month periods and will come with discounts amounting to 20%, 30%, and 50%, respectively.

Considering that this is being termed as a test phase, it remains to be seen how widely available these plans will be, or if they will be available only for a limited period.

“We believe that our members may value the flexibility that comes from being able to pay for a few months at once. As always, this is a test, and we will only introduce it more broadly if people find it useful,” shared an anonymous Netflix spokesperson with The Indian Express.

Netflix is also going heavy on creating shows for its platform, spending $15 billion for original content. The company’s CEO, Reed Hastings, mentioned that some $420 million would be spent on creating localized content for India. Its current local portfolio includes shows such as Sacred Games, Delhi Crime, and Mighty Little Bheem.