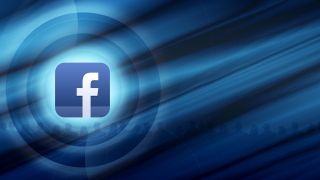 Facebook is massive and it's growing fast. The social network has seen a steady rise in mobile use, with active users doubling from roughly 500 million in early 2012 to nearly a billion this year.

Key to the social network's growth is its piggy backing on the spike in mobile web access - as the world moves away from computers to phones, Facebook is taking advantage with the hope that it can emulate Google's success in mobile form.

This begs the question: can anyone - including Google - stop the Facebook juggernaut from taking over the internet?

"The internet is very clearly going to become mobile-first, and Facebook is well placed to be a big part of this phase of the internet," says Mark Holden, Head of Futures at Arena.

"Facebook estimates that 20% of user time spent on mobile is on Facebook - and once you factor in their ownership of Instagram and WhatsApp, which are mobile-first platforms, it will clearly be a dominant force in our daily lives across social networking, imaging, messaging and eventually VOIP too."

Currently,  Facebook is in an aggressive acquisition stage as it seeks to build a constellation of must-have apps. It's clear that buying up popular apps such as WhatsApp is a key part in Facebook's plan to take control of the mobile web.

Jason Mander, GlobalWebIndex's Head of Trends explained to TechRadar: "Looking at WhatsApp's user base shows why the acquisition was such a smart move. Fast-growth nations dominate the list of countries with the highest usage levels, with the figure hitting 50%+ of the online populations in Hong Kong, South Africa, Malaysia and Singapore."

It's also about access to real-time data. "WhatsApp allows Facebook to see huge amounts of demographic and behavioural data as it happens," says Taylor.

"While monetisation is not stated as a priority at present, the move will undoubtedly unlock huge amounts of insight Facebook can offer to advertisers at a later stage."

Facebook has a natural advantage over Google since it's based on real people, not the anonymous cookies Google relies on.

"Most advertising networks know very little about their users, making it very difficult for them to place effective ad units," notes Lorry Destainville, Head of Product Development at Glow Digital Media (Glow) and a global provider of Facebook technology solutions.

"This is where Facebook excels - by using its knowledge of user identity, it has fundamentally redefined ad targeting, enabling relevant ads to be delivered to users as they scroll uninterrupted through their newsfeed."

"Facebook's a platform with over 1.28 billion highly engaged monthly users. This is too good an opportunity for retailers to miss out on," says Declan Kennedy, CEO of StitcherAds, whose SaaS platform allow retailers to target specific adverts at specific Facebook users at specific times, and even on particular devices.

However, the latest data from eMarketer shows that Google gets 47% of global mobile ad budgets, while Facebook has just 22%.

"Google has a much more diversified base of mobile revenue," says Aaron Goldman, CMO of Kenshoo, and author of Everything I Know About Marketing I Learned From Google.

" Google is far more dominant on mobile than Facebook. Comscore reports that across mobile web and apps, Google properties (27.7m) reach a third more monthly unique mobile users than Facebook do (18.3m). Facebook is rated third behind Yahoo – and is about equal to BBC sites and apps.

Probably not. "In the specific space Facebook occupies, there are few that can compete," says Vikas Shah, President, TiE Manchester and Visiting Professor of Entrepreneurship at MIT Sloan.

That's bad news for Google, whose position as the arbiter of the internet is coming under increasing pressure.

"Google has more than just a 'challenger' brand struggle on its hands – it also has a cultural and attitudinal shift to make to get the next wave of consumers to adopt and then maintain its platforms," says Taylor.

"Google continues to force the issue by baking in '+1' and social proof into its search results and YouTube-owned platform, which will gradually force brands into adopting and utilising its network as consumers follow."

Despite being banned by the 'great firewall', Facebook can – and is – breaking China. "Each month, 16% of China's adult internet population say they use Facebook, with millions of Chinese networkers turning to Virtual Private Networks and Proxy Servers in order to bypass the government's restrictions," says Mander.

China will be a key market to watch: services like Tencent's WeChat already have huge followings in China and are now looking to expand elsewhere. Facebook's presence in this market will become crucial to it maintaining a global dominance – and its weapon is WhatsApp.

"Instagram and WhatsApp may act as trojan horses to help Facebook develop a bigger footprint in Asian territories that may be dominated by other social networking or mobile platforms," says Holden.

"In fact, the potential to build a user base in China, even if a minority one, may be one of the most strategically valuable parts of the WhatsApp and Instagram acquisitions."

It's easy to get carried away with Facebook's rapid growth, but there are big differences with Google.

"They are being driven from two entirely different places at the moment," says Will McInnes, the CMO at social media analytics company Brandwatch.

"Google is primarily driven by data. It's like an incredibly intelligent piece of string that both guides and follows you throughout your day. Facebook is primarily driven by engagement, by providing spaces where we can spend time engaging with other people and content. Its places are much more defined – its website, its mobile app, Instagram."

What about Android?  For all of Facebook's growth in mobile, Google is hardly a bystander.

"The launch of Facebook Home, which intended to change this, hasn't been widely adopted and many Home users didn't react well to Facebook 'invading' the OS experience on their phone."

Now in over 50% of phones in the UK, Android is all about built-in Google services. "Google services are right at the very heart of how we use our mobiles, through search, Google Now, the app marketplace, native applications, mapping and, naturally, the requirement to link every Android device to a Google user ID," says Holden.

How often do you go online on a smartphone or tablet without using Google search, Youtube, Gmail or Google Maps?

Facebook's success could be its downfall. Over 11 million users have deserted Facebook, according to Marco Nardone, CEO of Unii.com, a new social networking platform for students launched in May last year.

"I see social media running the risk of becoming too diluted," he says.

"Despite Facebook's strong following, it is an impossible task to try and satisfy everyone's needs. There's a real thirst for something that promises to be much more targeted, much more niche and most importantly, more private.

" Features on Unii.com – which has attracted 165,000 active users, or 10% of students – include society management, opinion polling and photo and content sharing on a private platform, aren't on Facebook and never can be – they're just too specific to a core target market.

"Facebook is certainly seeing increased mobile adoption and they have a robust understanding of people's interests, likes, and connections, so in theory, Facebook search has the potential to surface more relevant results than Google," says Anders Rosenquist, director of emerging media at creative agency Possible.

However, it's not about beating Google – and those that buy ads on both platforms would prefer that no-one 'wins'.

"It's easy to view Facebook and Google solely as competitors, but they can complement each other – for example, search campaigns tend to perform better when run in conjunction with Facebook campaigns," says Rosenquist.

What Facebook's aggressive focus on mobile is really about is 'the next billion' – people in developing countries and fast-growing economies that are connecting to the internet for the first time. Crucially, they're doing that from a smartphone, not a PC.

"The next billion want what we want now," says McInnes. "The difference is they see the world more clearly and more practically – connectivity changes their lives more profoundly. And they live with more constraints, so they favour simplicity and in particular mobility.

" Google and Facebook have different strategies. Facebook prefers to partner with existing mobile networks and either buy-up or mimic the push-to-talk messaging that could dominate – especially in Asia.

"Google remains well placed to dominate mobile again in Africa, because Android as a free, open source OS is likely to be the default for many new smartphone users in Africa, who make their first Internet connections via a smartphones, not desktops," says Holden.

With Facebook betting on virtual reality with Oculus Rift and Google dead-set on the internet of things through Waze and Nest, it's what comes after the smartphone that could decide this battle.