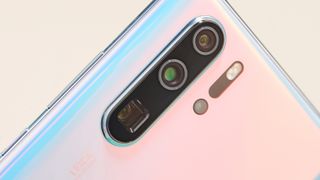 Phone camera zoom is expected to get even better in 2020, and the Huawei P40 Pro could see its optical zoom boosted to an unprecedented 10x, according to a research note by tech analyst Ming-Chi Kuo.

It would be the first mainstream phone to reach that level of optical magnification, which preserves image quality far better than digital zooming. More phones coming out this year are slated to get improved optical zooming, though Kuo apparently didn’t specify others in the research note, which was acquired by MacRumors.

If the P40 Pro does manage to reach 10x optical zoom, it will be an achievement, though not a surprise: last year’s Huawei P30 Pro hit a then-record 5x optical zoom with its novel ‘periscope lens’ that stacked lenses inside the phone lengthwise and used a mirror to angle it out the rear of the phone.

The first 10x optical zoom in a smartphone

Oppo used the same ‘periscope’ design in its Oppo Reno 10x Zoom that debuted in 2019, and despite its misleading name, it manages a 5x optical zoom that combines with digital to manage a 10x hybrid zoom - the same as the P30 Pro.

Per Kuo, the P40 Pro will have a redesigned periscope setup to achieve 10x optical zoom. It’ll be interesting to see if the standard P40 will integrate a periscope zoom; the P30 didn’t, likely to save costs in the lower-priced device, and managed 3x optical zoom.