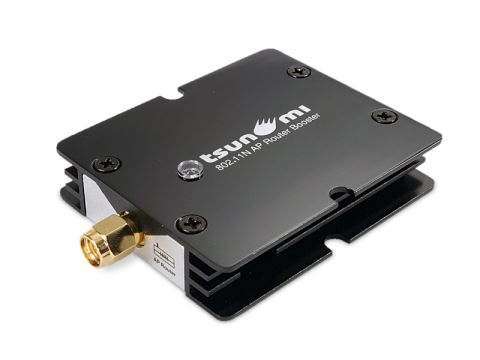 If you're looking to boost your Wi-Fi then this gadget may help. However, it didn't for us

You know the problem with living inside a house? Throwing wireless signals through brick walls is mighty tricky. What you need is either cardboard walls or a WiFi booster then, right?

Well, I've got to say that I'm not entirely convinced.

I live in a house in Bath that was built at the turn of last century and as such is built of pretty solid rock. With my cheapo Virgin Media router in the front of my house I get practically no signal in my bedroom, so Galaxy Link's booster should be the answer.

Unfortunately my cheapo D-Link router has antennae you can't replace so that was a write-off straight away. But that wasn't the booster's fault, so I tried a different router that came with removable antennae.

This new, less-cheapo router meant I now had decent signal in my bedroom. However, there were spots where it wasn't so good, so hopefully the booster would help there, I thought.

Except it didn't. No boost, no extra li'l bit of signal, no nuffin'. At £36 it's not going to break the bank if your router is a bit poo and you're after a boost. But it's not chump change either.

So the fact that it did nothing in my stone house would seriously annoy my wallet gland. If you did have cardboard walls then the 5dBi signal gain might help, but then how many beggars in carboard boxes are that fussed about their wireless network?