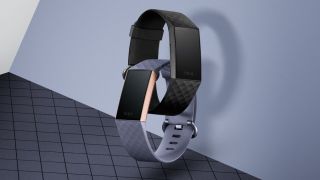 If you already own a Fitbit Charge 3, you'll be getting a software update in the coming days that brings better stability as well as a few extras to your wrist. You'll need to buy the Fitbit Charge 3 Special Edition for the most exciting feature though.

Those who own the Fitbit Charge 3 Special Edition will have access to Fitbit Pay after the update, and that version of the tracker has just gone on sale around the world.

If you already own a standard Fitbit Charge 3, you won't lose out entirely as the new update brings along a few upgrades, including the ability to both accept and reject phone calls from your wrist.

Have an Android phone that's paired with your tracker? You'll also now be able to use quick replies on the Fitbit Charge 3, plus there are now easy to read tiles on the device for weight, exercise and hydration.

Fitbit hasn't revealed why these features weren't available at launch, but it's good to see them eventually come to the tracker and to see the company put the Special Edition on sale.

There's still no clear sign of when we'll see the Sleep Score feature we've heard so much about from Fitbit, but we're hoping that will come to the tracker soon as the company is already hosting a beta specifically for Sleep Score.