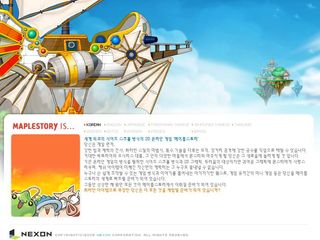 A Japanese woman has been jailed for 'killing' her online husband's digital persona after he unexpectedly divorced her, it was reported yesterday. So furious was the 43 year old, that she logged onto Korean interactive game MapleStory as the man and deleted his character in a fit of rage.

Police arrested the woman on Wednesday on suspicion of illegally accessing a computer and manipulating electronic data. If convicted, she could face up to five years in prison, or a $5,000 fine.

She had not plotted any revenge in the real world, officials said.

It's not the first time virtual actions have had real-world consequences. Back in August, a woman was charged with plotting real-life abduction of a boyfriend she had met through Second Life.

In other strange news from the last seven days, researchers at the University of California have discovered that peeling scotch tape off its roll in a vacuum chamber generates X-rays. It's a surprising discovery – and one, it turns out, that Russian scientists first reported evidence of back in the 1950s.

Paramedics could be among the first to benefit from the new tech, USA Today reports, if the process is successfully harnessed for making inexpensive X-ray machines.

Jongmin Kim's brilliant Drip with Song cup and saucer CD player caught our eye this week. Top marks for unusual design: the saucer houses a CD player with built-in speakers, while the dockable cup acts as a twisting volume control. It's only a concept, mind, but we like it.

One you can, er, get your mitts on is the USB Air Flow Mouse. For a mere $35, you too could be the proud owner of this USB mouse with in-built fan-powered palm cooler and LED scrolling message board. Yes, as well as cooling your hand, it usefully allows you to create your own message which it will display for all to see, as well. Who knew?

A 24-year-old American man who was caught breaking into a stranger's home has claimed that he entered the property to charge his phone. Sadly for Scott Boe, who told police he uses illegal drugs, his backpack was found on the scene containing several knives, a large pry tool and other suspicious devices.

Boe was captured and restrained by the homeowner – a detention officer, as it transpired – until police arrived. He was been charged with second-degree burglary and possession of burglary tools.