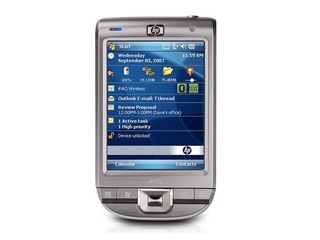 Sensitive information owned by the MI5 was stolen on Sunday in a burglary in Greater Manchester.

Thieves broke into a house and came away with a number of goods, which included a personal computer owned by the intelligence service.

The PDA is said to include documents pertaining to information about combating terrorism.

Those who stole the PDA, however, will not be able to access the info as the files have been encrypted.

It is not thought that the house was targeted for the computer, but the work of an 'opportunistic' robber.

The news comes just days after a camera owned by the MI6 found its way on to eBay and was sold for the princely sum of £17. The camera contained photographs of al-Qaeda suspects and other information.

A spokesperson for the Greater Manchester Police confirmed the burglary, saying: "Shortly after 11.20pm on Sunday 28 September 2008, police were called to a house in Greater Manchester, following reports of a burglary.

"An encrypted handheld computer was stolen. It is believed the offender entered through an open window."