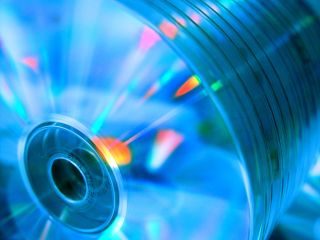 Disc-based operations are the way forward

A hospital in Glasgow is doing away with the general anaesthetic, replacing drugs with discs for those who come in for knee surgery.

Dr Nick Pace, an anaesthetist from Gartnavel Hospital, is the person who came up with the idea of visual stimulation as a pain pacifier and it is a method he has been successfully using for the past 18 months.

We would have thought that an anaesthetist would be all for using general anaesthetic in surgery but instead of putting people to sleep, but Pace believes that making patients watch a DVD speeds up the healing process.

"We tried music, but after about an hour a lot of patients got distracted and fidgety, and we ended up having to give them a general anaesthetic anyway," said Pace to the BBC.

"Then I happened to be speaking to a friend of mine who was taking two young kids on a long journey down to London and she told me she'd distract them with two DVDs strapped to the back of the seats. It got me thinking."

To support Pace's disc-based plans, a mount was made which holds a DVD player over the operating table.

Although a local anaesthetic is used to numb the area which is being operated on, the patient stays awake throughout the whole thing.

So far 50 per cent of Pace's patients are opting for this method, rather than being knocked unconscious.

And the choice of movies? Well, Blue Planet and Only Fools And Horses are used often but Pace has a whole library of DVDs for patients to chose from.

We're hoping that the collection is more This Is Spinal Tap and Doctor Who than Bringing Out Your Dead and Flatliners.

Apparently, they were going to use the technique for back surgery, but they were worried about slipped discs.

We'll get our coat.