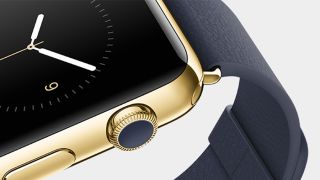 It says a lot about the uncertainty surrounding the Apple Watch that early sales predictions vary so vastly - analyst guesses start at about 10 million and go up beyond 40.

Apple, obviously, has big expectations for its wearable, and The Wall Street Journal reports that Cupertino has ordered production of five to six million Watches ahead of the device's April launch.

Half of the Q1 orders will be for the cheaper Sport model, with the more stylish mid-range Apple Watch making up a third.

That leaves the premium Apple Watch Edition to account for a small chunk of the overall order, but the report claims that Apple plans to produce over one million units per month starting in the second quarter.

Wearing it on its sleeve

To put all of this in context, around 4.6 million wearables were sold in 2014 in total, with Android Wear devices accounting for just 720,000 of that, according to analysts at Canalys. Pebble shifted one million units.

Earlier today, CCS Insight contacted us with its own report predicting that wearable shipments will jump to 75 million in 2015, with the Apple Watch making up a quarter of that. That would, more or less, align with what Apple has ordered, assuming the report is true.

However Ben Wood, Chief of Research at CCS, told TechRadar that he was slightly skeptical about the Android Wear numbers, but does believe that Apple has the momentum to push well past its biggest rival.

"I'd love to know where that number came from, but let's say it was a million on a good day, that's very small. Android Wear just doesn't have the luster of the Apple brand... even if it just told the time it would probably sell three million."

Wood added that by pushing its wearable as global as possible, Apple could have a "30 million [unit] opportunity".

He also said that the firm's 'worst case scenario' prediction for Apple Watch sales was 10 million, but even that, said Wood, shouldn't be seen as a failure. "To sell 10 times more than the most smartwatch [Pebble] would be a spectacular success".