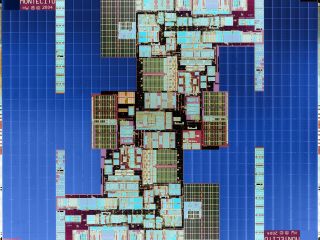 According to an Intel engineer, the company has set forth its plan to increase the performance of its single cores in the Itanium high-performance processor.

In a speech at the Gelato Itanium Conference and Expo, Cameron McNairy, principal engineer and Itanium Processor Architect at Intel explained that his company has not abandoned single-core systems and is looking into various avenues to increase performance on the individual cores.

The speech mostly focused on the Itanium chip, which has now been replaced with the Itanium 2 9M chip. Outlining the changes between both chips, McNairy pointed out that Intel, "separated the instruction cache from the data cache, simplified some of the conflicts in the data cache, [and] increased core resources."

The Itanium 2 9M chip is a member of the Madison line of Intel chips and the 130-nanometer chip's main claim to fame is its high-speed cache memory that can reach speeds of up to 9MB.

McNairy explained that improvements in "the single-stream performance" of a core processor could be expected in the next transition from Montecito to Tukwila.

He also said that Intel is looking into ways of increasing chip efficiency of its multithreading technology, but rejected questions asking for more details.