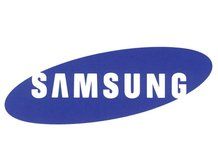 Samsung gets hit by credit crunch too

Proving that the economic downtime is a truly worldwide problem, Samsung has seen its year-on-year profits plummet by 44 per cent in Q3, mostly down to issues in the LCD and memory sectors.

The company has faced steep price declines in the DRAM, NAND and LCD sides of its business, thanks to over supply and a dropping consumer interest in certain cases.

Given that Samsung is the world's biggest producer of LCD screens, DRAM (used in PCs) and NAND (flash memory sticks), any impact to these parts of the business is likely to severely hit the Korean firm's profits.

However, there was some good news for the business, as it sold 51.8 million handsets in the last quarter, which is a company record, with a total of 200 million expected for the whole of 2008 as it attempts to steal the top spot from Nokia.

"Overall, our third-quarter earnings were impacted by the worsening market conditions resulting from the slowdown in the global economy," Samsung Executive Chu Woo-sik said according to cellular-news.

Prices for the NAND chips, which have quickly increased in capacity, fell by 35 per cent in the last year, and DRAM prices also tumbled by 17 per cent.