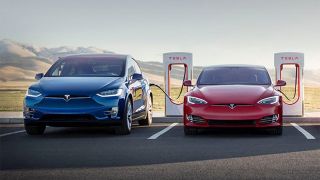 Free and unlimited supercharging is back for owners of Model S and Model X cars, Tesla has announced – which means drivers can access the Supercharger network and juice up their vehicles at no extra cost.

It's a perk that Tesla CEO Elon Musk has previously described as "unsustainable", though this latest decision suggests it makes business sense for the more expensive models in the company's range.

Sales of the Model S and Model X have slowed down recently, so the unlimited charging deal is perhaps one way that Tesla can get new customers to go for these premium models rather than the Model 3.

According to a memo seen by Electrek, the perk lasts for as long as the driver owns the car but is linked to the owner, so it can't be transferred to anyone else.

Free and unlimited access to Supercharger stations was one of the traditional perks of owning a Model S or Model X until January 2017 – at that point a 400 kWh limit for the year was introduced, after which drivers had to pay for their electricity.

It makes sense that Tesla would need to scale back the offer as more and more cars hit the road, costing the company more and more in terms of Supercharger power.

However, it looks like the sums do work out after all, if it means more people are buying Model S and Model X cars. Prices for the base configuration of both models were recently raised too.

In the meantime, Tesla's on-board software continues to get plenty of upgrades: support for better games and in-car karaoke have been rolled out in recent months.