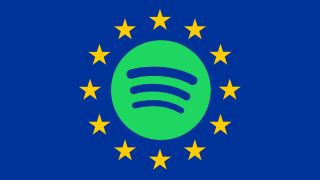 European Union lawmakers have moved to ban online stores’ and services’ use of geoblocking against EU citizens. The new vote has extended the reach of the ban, which will now include copyright-protected digital goods such as music, games and books.

According to Reuters, implementing the anti-geoblocking law is a priority for the European Commission in its pursuit of creating a single market across Europe. Naturally there is some opposition from multinational sellers, who often tailor their prices for specific regions.

Arguments from those against the ban have suggested that the inability to tailor prices will likely have a ‘waterbed’ effect, where lower prices offered to those residing in locations with weaker economies will have to be raised in order to prevent citizens from more well-off countries from exploiting the cheaper option.

Before the ban becomes official law, the European Parliament needs to enter negotiations with the EU member states in order to reach a deal on the proposal — that’s something which may prove tricky, considering the Parliament proposed the new extension that includes copyright-protected content, while the EU member states were against it.

Whether or not this extension gets past negotiation, it’s likely that the ban will succeed in forbidding online retailers from automatically re-routing their customers to location-specific sites and stores. “What we want is simple,” said Roza Thun, the European Parliament Member leading the charge with the legislation. “[We want] to end discrimination in the single market, based on people’s nationality, residence or temporary location.”