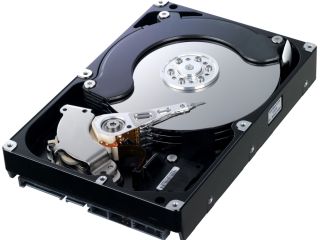 Samsung has finally confirmed the rumours that it is putting their laptop HDDs Spinpoint M6 and M2 into mass production.

The M2 – which Samsung call 'one of the world's fastest laptop hard drives' – is a 250GB 2.5in hard drive which operates at a 7200rpm rotation speed, the MP2 which would appear to be well-suited to desktop replacement laptops and gaming laptops.

The Spinpoint M6, a 500GB drive, is built for the expanding data storage needs of modern laptops and features a 5400rpm spindle speed, a 8MB cache, and 3.0Gbps SATA interface.

Stick it in your notebook

"The MP2 has speed, features and capacity similar to a 3.5in hard drive and is perfect for users who require a smaller form factor with advanced data storage needs."

Meanwhile, Samsung has confirmed that its new Spinpoint F1 RAID Class SATA 1TB capacity HD has gone into mass production and will be available soon.

Featuring a 334GB per-platter capacity, a 7200RPM spindle speed and a 32MB cache – Samsung has also included its rotational vibration controller and an optimised system-on-chip (SOC) that lowers power consumption.